Love in the limelight

Posted on February 18, 2012 by Katherine Baldwin

I’ve been away from this blog for two weeks. What have I been doing? So much has happened, mostly in my head, that I really don’t know where to start, or whether I actually should start. Maybe, for once, I could try to keep some of my existential musings to myself. That would be totally out of character, of course, but I’ve been wondering lately whether it’s time for a complete change, an about-turn, a 180-degree shift. Perhaps not yet …

But what’s this all about? Well, I’ve realised – not without some reluctance – that I’m still striving to be seen and to be heard. But when I get seen or I get heard, it doesn’t give me what I hoped it would – it doesn’t fill the void. You’d have thought I’d have learned this by now. After all, I stopped flying around with British prime ministers as a parliamentary journalist because I realised my heart was no longer in it, that it wasn’t me, that I was driven by a desire to achieve, to be recognised, to be seen and to be heard – and ultimately, I guess, to be loved. I was trying to fill a hole inside myself that, I subsequently discovered, could never be filled from the outside. 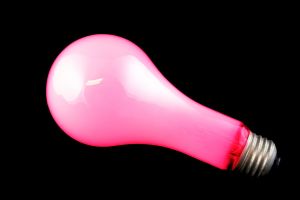 The closest I could get to purple neon lights

It’s come as a bit of a surprise, therefore, to realise that to a certain extent I’m still doing the same thing – making the same mistakes, which, unsurprisingly produce the same results – despite all I’ve learned over the past few years. I’m still driven by an urge to be seen and to be heard and beyond that, I’m almost embarrassed to admit, to have my name in lights, preferably flashing purple neon ones (I prefer purple to pink).

And why that urge to be seen and heard? Well, it goes back too far and runs too deep for me to be able to discuss it in depth here but, like most things, it dates back to childhood and, I believe, to being a particularly sensitive little girl who took things on board more than other children might have done. Since those early days, I’ve masked shame and insecurity with achievement and have sought love, attention and recognition in inappropriate places and often through my work. To sum up, I’ve been looking for love in the limelight.

But no amount of external recognition, praise or attention has ever filled the gap – it’s just like the food, when you’re eating to fill an emotional hole, no amount of food is ever enough. A point I hope I made in my Daily Mail binge eating piece. That knowledge, though, hasn’t stopped me from continuing to try to fill the gap from the outside-in.

I’ve been doing it again recently: working too hard to write stories and publish articles and to get my name out there, missing out on fun or neglecting self-care to get the work done. And once the work’s done and the story’s published – not exactly with purple flashing neon lights but on The Guardian online or the pages of The Daily Mail – I’m still left feeling rather empty, dissatisfied and wondering where I can get my next ‘hit’ of attention from. This is a sad state of affairs and perhaps a little embarrassing to admit – but this renewed realisation may be a blessing in disguise.

The sooner I understand that no amount of external success or achievement will fill the gaping hole inside me, the sooner I can learn to fill that hole in a healthy, spiritual way, and start working at things that I truly love or writing stories from a place of joy, satisfaction and service to others rather than for recognition, status or cash. Yes, I’d still like to write a book – but only if I’m going to enjoy writing it and my happiness and self-esteem isn’t tied to the acclaim I might be hoping to get from it.

That said, I’ve also started pondering a career change (again) – perhaps into teaching (again – I pondered this a few years back). I’d like to think I have valuable experience and knowledge to share with others but I’m questioning whether this needs to be via newspaper headlines or over the Internet. Perhaps I can actually do it in person, one-to-one, or one-to-many, in a classroom, or in a counselling or a mentoring setting. Surely that would be more satisfying than having a profound relationship with my computer or fleeting friendships with my telephone interviewees?

Ultimately, though, I also know that I take myself with me wherever I go and that switching careers isn’t necessarily the answer to my internal angst, just as flashing neon isn’t either. The internal angst needs to be addressed internally – and that’s a journey I’m on.

In the meantime, as a result of my recent efforts, including a fair amount of persistence and diligence, I have another piece in The Daily Mail on the challenges of friendships and infertility (please note, the headlines aren’t mine!). I confess that this piece turned out far more negative than I ever planned it to be and I’m feeling a little ambivalent about it, although I have read some nice comments from women who now feel less alone with their jealous feelings and who are pleased such difficult issues are being discussed so openly. That was the goal of this story – to normalise something that many women feel but are also ashamed to admit.

And I have a blog on the Huffington Post UK site about an African sculptor who turns weapons into art, which makes a nice change from the women’s stories and confessional pieces. Not exactly purple neon lights but exposure enough and I do feel a sense of satisfaction and of usefulness for having highlighted a really worthwhile cause.

On a separate note, some of you may have noticed that Valentine’s Day passed this blog by without even a mention. Was it deliberate? Perhaps. It might be something to do with the fact that I’m trying my best to take some time off the romantic intrigue, obsession and searching that takes up far too much of my head space and gets in the way of my peace, sanity and my relationship with myself and God. It’s a temporary hiatus but one I hope will prove invaluable in the long run.

But, if anyone is pining for romance-related snippets in the aftermath of Valentine’s Day, here are a few links. One is an interesting piece from The Observer: Love hurts more than ever before, a phenomenon the article says we can blame on capitalism and the internet. Incidentally, “Love hurts” might be a topic for a future blog as I realised recently that in order to open yourself to love, you also have to open yourself to hurt, which is something I’ve always been reluctant to do – but more about that another day.

And here’s another piece from The Observer from Mariella Frostrup’s column in which she answers a query from a woman who wants children but is in a relationship with a man who doesn’t (he already has a few). I thought it was particularly relevant to some of the issues I blog about here and that I wrote about in my Baby Goggles piece, and that it provides food for thought.

I am a writer, coach, midlife mentor, motivational speaker and the author of How to Fall in Love - A 10-Step Journey to the Heart. I specialise in coaching women and men to have healthy relationships with themselves so that they can form healthy and loving romantic relationships and lead authentic, fulfilling lives. I coach 1:1, lead workshops and host retreats.
View all posts by Katherine Baldwin →
This entry was posted in Love, Self-Acceptance, Uncategorized, Women, Work and tagged Perfectionism, Women, Work, Writing. Bookmark the permalink.